From Pastor Lou: Truly Truly #7 -- Those Who Hear Will Live 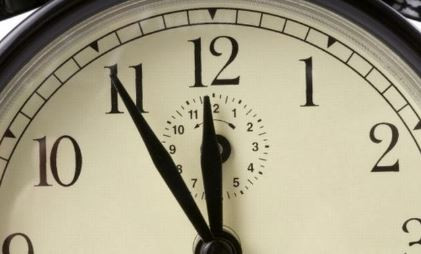 Truly, truly, I say to you, an hour is coming, and is now here, when the dead will hear the voice of the Son of God, and those who hear will live.
[For as the Father has life in himself, so he has granted the Son
also to have life in himself.]

At first hearing, a person is inclined to say "Well, OK, Jesus is saying he can raise those who are dead back to life.  This doesn't really apply to me because I am clearly still living.  But it's good to know that Jesus can do that, and I will want to make sure he will do it for me."   If Jesus chose to, at any moment he could return, speak, and all the dead would rise from their graves, and he could give eternal life to those he so chose.

"But it really doesn't apply to me now ..."  Well, this thinking is in error.

The error is that many of us believe we are actually alive, when  in truth we are not, unless we have heard the Lord speak.  Remember, Jesus said to Nicodemus, "unless one is born from above, he/she cannot enter the Kingdom of God."  The problem is, the wages of sin is death.  As pronounced to Adam and Eve in the Garden, "On the day you eat of the fruit of the Tree of the Knowledge of Good and Evil, you shall surely die."  They did eat and, from their point of view, did not seem to immediately die.  They went and hid from God, and eventually lived to a ripe old age in the cursed creation, and then died their physical death.  But from God's point of view they were dead in trespass and sin the moment they ate.  Their relationship with the eternal God was severed; they lost the eternal life that was theirs only through their relationship with God.  And this is the reality for all of humankind ever since.  We are dead in trespass and sin.  Period.  End of story.

Paul says it bluntly in Ephesians 2:1, "And you were dead in the trespasses and sins in which you once walked ..."    Dead in trespasses and sin -- that is the fate of humankind without the word of Jesus.  But Jesus says the time is now when "the dead will hear the voice of the Son of God, and those who hear will live."  The time is now -- when you hear that Jesus has taken your sin from you, he has paid the penalty, he has the power to forgive you.  When you hear his voice,  "Peace,"    "I forgive you,"  "You are mine,"  "I will never let you go" -- when his voice comes to you and you hear from wherever or whomever is speaking for him, you (and I) come to life -- eternal life.  We know we will live forever with him, beginning now in His speaking and our hearing and on into eternity.  He has said so.  He has done it.   He does not lie.  A completed action with eternal consequences.

So today, now, if you think you know you are indeed dead in trespass and sin, hear again (or for the first time)  "Jesus is Lord.  He has taken away your sin.  He died for you.  You are forgiven.  His gift is to you for eternal life.  Thanks be to God."

Always remember Whose you are -- there is life in that.