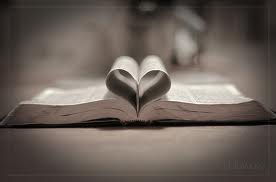 Truly, truly, I say to you, if anyone keeps my word, he will never see death."

Here we go again. With this statement Jesus makes another promise which is simply incomprehensible to his Jewish audience. Indeed, it is incomprehensible to everyone who is not a believer in Jesus. Everyone, Jew or pagan, ancient or modern, knows that everyone eventually dies. "The death rate for humans remains 100%"... "The only sure things in life are death and taxes." We hear these statements today and chuckle to ourselves at the truthfulness of what is being said. Is it any wonder Jesus' Jewish audience immediately responded with coarse skepticism?

The Jews commented that Jesus must be possessed by a demon because even the very best of all the Jews, Abraham -- the person who all Jews claimed descent from; the one who was more faithful to God than any other; the one who offered his son Isaac in sacrifice to God; the one to whom God chose to give the land;  the one God chose to be the father of many nations; the one God blessed with land, livestock, and descendants more numerous than the stars in the skies or the sands of the seashores --  even Abraham, died and was buried in the cave at Machpelah in Hebron.  The tomb can be seen to this day.  It is a holy site to Jews, Muslims, and Christians.

If Abraham died, how dare this upshot rabbi from Nazareth make the claim that anyone who keeps his word will never see death?  That is the promise made in this verse.  The promise is stated in the starkest of terms.  Amen, Amen -- the double "truly" from the original Hebrew -- as close to an oath from Jesus as we are going to hear.  The double Amen followed by a double negation, ou may in the Greek.  This is used when something will "never ever no way" happen.  Jesus states unequivocally those who keep his word will never ever, no way see death.

So what do we do with this?  We all know we will all see death (unless Jesus returns first, which is a whole 'nother issue!)   The meaning of death here gives us some room to understand.  This word, thanotos in Greek, can have at least four usages.  The first is physical -- the death of the body, the end of life in the body, the end of life on the earth.  We know what this is.

The second meaning is a metaphorical sense that is used when a person's life is so empty, so meaningless, so painful that there seems to be no aspect of living left in the person.  This "death" is never true for a Christian, as there is always meaning and value in the life of one of God's precious sheep.

The third meaning is often connected to the miserable state of existence that those who go to hell will experience.  This is the eternal death that none of us ever want to experience any part of.

In the very widest sense, thanotos is made up of everything said above, from physical death to all the miseries arising from sin and the loss of a consecrated life in fellowship and blessing with God, both now and forever.

Yes, we will all experience physical death.  Abraham, Isaac, and Jacob all died.  But all who hear and, by his power and promise, keep His word are held in his arms and will never experience the abandonment, desperation, and total loss of the dead soul who  knows not Christ.  In Matthew 10:28, Jesus said,   "And do not fear those who kill the body but cannot kill the soul. Rather fear him who can destroy both soul and body in hell." This is what Jesus has in view here.  Do not fear physical death.   Eternal death cannot touch those who Jesus keeps in his word.

Another reason to always remember Whose you are --