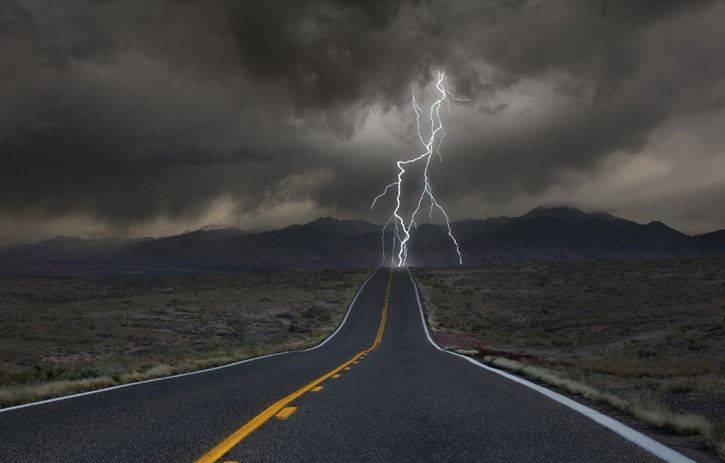 It has become a commonplace in our time to view Jesus' arrest, trial, and crucifixion as a miscarriage of justice and government gone mad.  Jesus is seen as a brilliant but naive teacher/Rabbi/guru who somehow offended the local power structure and was killed by that power structure who somehow felt "threatened" by his teaching.  Jesus is the "victim" of structures of oppression in this view.  This narrative has led to all kinds of mischief down through history.  For many centuries, the Jews were cast as the oppressors of truth, the ones who crucified "our" Jesus and the ones who should be persecuted for their misdeeds.  During the Middle Ages, the Oberammergau Passion Play performed once every 10 years in that small Bavarian Village in thanksgiving for the end of an outbreak of plague became an excuse too many times to remind people of what the Jews did to Jesus, and a justification for another wave of antisemitic persecution.

In our time, we often hear that it was those nasty Romans attempting to maintain "law and order" in Palestine who seized Jesus, who was really only a precursor of our modern-day advocates for justice and the end of oppression, whether it be economic, racial, or sexual.  So Jesus as victim becomes the "patron saint" of radical reform agents desiring permanent societal change for the "good," however that may be defined.  So cities burn, property is destroyed, violence is committed in the name of "justice" and "social improvement" -- sometimes in the name of Jesus.

These narratives have in common a complete misreading of the events that took place in Jesus' life.  Jesus was no victim.  He knows who he is and what his task was -- to die for the sins of the cosmos.  He knew he would be betrayed by one of his own disciples.  He walked into Jerusalem knowing what was coming.  He knew the Jewish leaders were plotting against him.  He knew the Romans would kill him.  He knew his disciples would run away and hide.  He knew Peter would deny him.  He was no victim.

The disciples, when they heard of the coming betrayal, were befuddled.  John's account says they "looked at one another, uncertain of whom he spoke." Luke tells us "they began to question one another, which of them it could be who was going to do this." (Luke 22:23) Those closest to Jesus were of a mind that any one of them might be a betrayer.  In this should be a caution for each and every one of us.  How have I betrayed the Lord today?  In what ways have I fallen short in following, or even actively worked against God's way in the world?  Could I be the one?  The disciples remained clueless until it became clear that Judas Iscariot was the one who had done the deed.    But in the depth of their hearts none of them held anything but sympathy for Peter, who also betrayed Jesus in his own way by failing to follow as he had promised when he denied Jesus three times later that same evening.  The simple truth is none of us can follow Jesus perfectly and save ourselves by our intentions, actions, or work.  We all need Jesus to be exactly who he was on that night so long ago -- not a naive, hapless victim, but the all-knowing, dedicated lamb of God sent to take away the sin of the world.  How horrible the task, how glories the outcome!