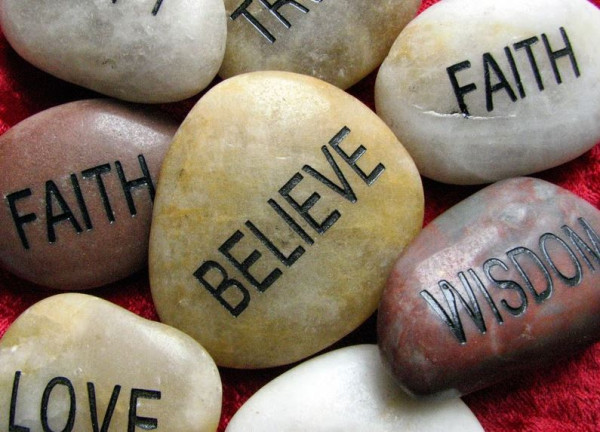 whoever believes in me will also do the works that I do;

and greater works than these will he do, because I am going to the Father."

We are in the middle of Jesus' "farewell discourse," his discussions and interaction with his disciples on their last night together.  Jesus had made it clear he is leaving them to go and do something only he can do.  There is confusion and questions in the gathering.  Philip finally says to Jesus, "Lord, show us the Father, and it is enough for us."  With almost an air of exasperation Jesus responds, "Have I been with you so long and you still do not know me, Philip?" He then makes it clear that he (Jesus) and the Father are one.  He and the Father are doing the Father's works.  Then he makes this stunning promise:

“Truly, truly, I say to you,  whoever believes in me will also do the works that I do;

and greater works than these will he do, because I am going to the Father."

This remains one of the most breathtaking promises Jesus ever made.  It is at the same time exciting and daunting.  Exciting in that Jesus promises that people of faith will do even greater things than he did.  When we consider the miracles and the signs he performed, it at first challenges our faith.  Have I ever turned water into wine, fed 5000 people, brought a little girl back to life!?  Well, probably not.  But in Acts chapter 5,  it is reported that Peter and the disciples did those kinds of things.  To an ancient people, the way we can feed millions of people with less than 2% of our population being farmers would seem incredibly miraculous;  or that we can bring someone back to life after a heart has stopped;  or that we can take a pill and fix many aspects of ill health;  or that we can pick up a little box and speak to people on the other side of the world.  Would these kinds of things not seem to be incredibly, beyond the pale, miraculous works to many, even in our own time?

But even more remarkably, to take Jesus at his word spoken and recorded in John 6:29, "The work of God is this:  to believe in the one he has sent," the truly miraculous work is that people of faith have arisen in every generation since Jesus walked the earth.  God has continued to work by His Spirit through His means of grace (preaching and the sacraments) in and through his people to create faith where and when He chooses for thousands of years now.  There is the truly exciting part of this promise, and the part which remains forever daunting -- how to turn an unbelieving humanity to faith in Christ.  This is the work of God -- a miracle in every single instance.

After he returns from the dead, Jesus will famously say to doubting Thomas, "... have you believed because you have seen me?  Blessed are those who have not seen and yet have believed." That is truly a great work of God!