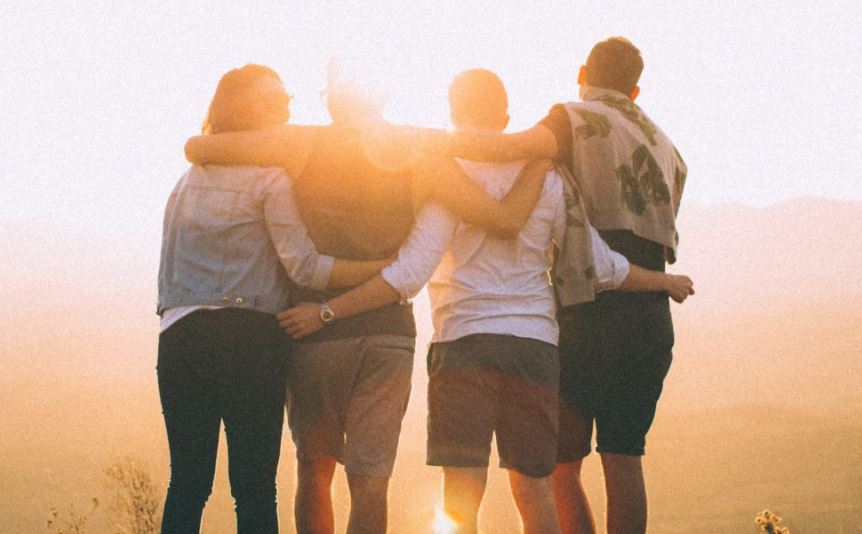 whoever receives the one I send receives me,

and whoever receives me receives the one who sent me."

This is the second of four "Truly, truly" sayings in the thirteenth chapter of John's gospel.  John's gospel is unique in the amount of recording and emphasis given to the last night Jesus was with his disciples.  John, who outlived all of his fellow disciples, undoubtedly had many years to ponder and meditate on what Jesus had done and said in his entire life, and he clearly particularly had strong recollections and feelings about what Jesus said and did in the imminent time before his arrest, trial, and crucifixion.  In the absence of a "written" legal will, John is clear he considers this last evening with Jesus  to be a "Last Will and Testament" time with his Lord.

After making it clear that Jesus and his disciples are not to be about power and prestige (demonstrated by foot washing), Jesus now offers a promise of immeasurable comfort to a set of disciples who are not yet grasping the full impact of what is about to happen.

Jesus makes clear with this "Truly, truly, I say unto you, whoever receives me receives the one who sends me" that his disciples are no mere "band of brothers" in any normal human sense.

It is a wonderful thing to be a member of a chosen group.  I cherish the memories of being a band member in 1972 when our band was selected to travel to Vienna, Austria for a contest -- the only high school band from the state of Oregon so honored.  The experiences and times together have bound that group close together in ways many people cannot imagine.  "We were members who did that."  Many people have similar precious memories related to sports teams, clubs, sororities or fraternities, summer camps, military experience, or any number of such group activities.

Imagine for a moment, though, what it must have felt like to hear the Lord Jesus say, "He who receives you receives me, and he who receives me receives the one who sent me."  The promise here is simply breathtaking.  We are directly in line as the conduit through which God the Father has chosen to make His will known and done in the world.  The Father sent Jesus to make himself known to us (John 1:18).  Jesus sends the disciples to make himself known to others.  Now we are in that same chain of revelation.  Such an honor, such a task.

This pattern should be very clear to us.  This is the language of ambassadorship and diplomacy.  An ambassador speaks the will and interests of the country he/she represents.  Wars have been started over improper reception of a nation's ambassador;  indeed Genghis Khan once obliterated a whole empire in central Asia when his ambassadors to that nation were abused, tortured, and returned to him deeply damaged.  The whole notion of international diplomacy and diplomatic immunity in this old world are rooted in the level of respect that an ambassador commands as the representative of a king or nation.

So consider carefully how you are being honored and burdened by this word from Jesus.  Honored because you are a chosen, adopted child and representative of God the Father himself through His chain of promises.  But also burdened in that we daily fail to represent our great high king in the most positive way.  Genghis Khan regularly killed ambassadors who misrepresented him to others.  Thank the Lord that Jesus is no Genghis Khan.  Jesus forgives even his ambassadors when they fall short.


THIS WEEK at a GLANCE:
>> Keeping these in our Prayers:
For the healing of our country and all citizens during these times of unease, disease, and unrest;
Teachers, parents, admin, and students, working to figure out what school classes and schedules will look like;
Alice F., (Evie's daughter;  Tom's sister) and her family;  final stages of cancer; at home (hospice) now;
Wayne R-mple, (friend of the Bensons, former ML mayor), cancer diagnosis;
Hailie T., (and empty-nesters, Tim and Carleen) as Hailie moves on to the next phase of her life;
Lexie H., (and Caleb), for good health and strength as she enters the final 2 weeks before baby girl arrives;
Judy R,  (Charlene's daughter), seeking clear diagnosis and treatment options for neck and spinal disk issues;
Michele B., SI joint pain in her back, treatment delayed due to covid schedules;
Evie E., at home;  Joyce R., at Columbia Crest;  & Gordon at Brookdale-Hearthstone;
Those who may be struggling with depression or loneliness during an extended isolation;
Friends and Family battling cancer:
Connie,  (Debbie's aunt), after stomach surgery to remove a tumor; chemo to begin;
Emma, (14 yr old daughter of Norm's friend Bob Tatum), stage 4 cancer diagnosis (hip & lungs) and beginning chemo;
Paul B., immunotherapy treatment;
Angie, (Judene's sister), stage 4 lung cancer,  continues various treatments and new medical trials;
Toni Smith (wife of Dick, Pastor Lou's pastor friend in N.Dakota), under treatment for lung cancer;
Carol G., (friend of Ila and Charlene), multiple myeloma;
Emily, (friend of Kelli), brain cancer, frontal lobe;
Aliyah  (Ila's 3-yr old niece),  ganglioneuroblastoma (brain cancer);
Bill, (brother of John Schafer), glioblastoma brain cancer & after radiation effects;
Those who mourn the loss of loved ones;
especially Mary R., Dawn V., Evie E., Amanda H., Ila, Joyce R., Pr. Swanson;
Friends and family members who struggle with addictions of various kinds,
Active military & law enforcement, & fire fighters & their families: for safety and peace in the line of duty:
esp (military)  Jonathan Pinkerton, Riley Conahan, Olaf Moore, Brady Emerson,
Jordan Matthews, Luke Stover,  Logan Hesse,
and (law enforcement)  Justin Ellestad, Scott Neustel, Jeff Warner, David Huey, Anandae Clark;
Those in the mission fields far from home, especially Danelle Putnam (and Brenna Moss);
Expectant mothers (and fathers!) especially  Caleb & Lexi H.;  -- and for those who would like to be;
Engaged couples preparing for marriage, especially Gaige & Danielle; Danelle (Putnam) & Carlos;
>>> Thanks and Praises
--   Thankful for medical professionals, particularly our own Margot, Pam R, Ellene, Raven, Lane, and Laura Lea;
--   Thankful for teachers and education professionals (including parents!), especially Triscia, Laurie, Mariel, Melodee, Pam H, Anne, Carmen, & Juli;
>>> Continued prayers for:
-- Patty F -- Paul & Sandy --  Simon R --  Michele B -- Arlene (Wayne's wife) -- Ken & DeAnne (Deb's parents) -- Julie R (Laurie O. sister, breast cancer) --  Danette, Kyle E.,  Loren, Josh -- Mary  & Gordon at Brookdale/Hearthstone; Joyce at Columbia Crest;   Rev. Steve My-rs (in Spokane) -- the farmers of South Africa.
Wednesday Evening Bible Study Resumes Sept. 9
Pastor Lou would like to take us through the book of Hebrews this year.  We will begin this Wednesday at 7:00 pm, in the fellowship hall.
Camp Lutherhaven
It has been a lean summer season for our friends at Lutherhaven Camp in Idaho, with campers limited to family groups mostly on the weekends due to virus control measures.  This, of course, has resulted in a budget shortfall of over a quarter million dollars so far, with about another $200K shortfall expected for the rest of 2020.  Sadly, this has resulted in the decision to cut the equivalent of 5 full time staff (9 positions affected).  BUT they are still open for fall 2020 get-aways if you want a quiet place to go as a couple or as a family -- contact them to check on dates and availability.    Your prayers are requested, and any support you are moved to consider as well, during this year and into 2021. Lutherhaven has been an important place for many in the congregation over it's 75-yr history.
Quarterly Member Meeting
Our next quarterly meeting is scheduled for September 21st in the Fellowship Hall.  All members who are interested are invited to attend.  Agenda items can be sent to Debbie or Curtis.
Mutual Conversation Connections
* Update: the Pinkert-n Family:   Jonathan finished his training program and graduated August 28th.  His next assignment is in Fort Sill (where he was training), where the family will finally be reunited in a month or so when Rachal, Naomi, and Abbey join Jonathan, Jael, and Daniel (already there to start school).   So there is a new address:   (ask Debbie). Thank you, to the whole family, for your sacrifices and service to our country!
*  Tim & Carleen Tuck-r:     Very recent empty nesters after 46 years of children at home, Tim and Carleen raised and homeschooled all 11 of their children, who now live in 8 states &  New Zealand, and one son in heaven.   They have 29 grandchildren, soon to be 31 with 2 on the way.  The T-ckers moved to Moses Lake in 2018 to be near Carleen's parents after Tim's retirement from congregational ministry (since 1978), and we are happy they chose Living Word for their church home.   They were able to travel to visit their New Zealand daughter in March just as the virus lockdowns began.  Tim was in the Army in the 70's and then did some time in the National Guard.  He is now a driver with Special Mobility Services, getting people to their out-of-town medical appointments.   Carleen has been learning about vegetable gardening, and is designing a new quilt for one of the boys.

* Hailie Tuck-r:    Hailie graduated from high school with a celebration on August 8 that included a nephew and neice also graduating from high school.  The youngest of 11 children (all homeschooled), Hailie has "flown the coop" this month, moving to Michigan last weekend where she will  live with one of her brothers, Freeman, who is a church music director.   Hailie is sort of "assistent music director," making computer slides for them from here;  she is still exploring what sort of work her future will hold.    Haillie and Freeman are currently driving back to Michgan by way of Nevada, Arizona, and points beyond as they visit siblings and friends on the way.    Sorry we weren't able to give you a proper send-off, Hailie!   Blessings on these new adventures in adulting!  "As you go on your way may Christ go with you."
>> If you have some news or insights to share on what you have been doing since we last saw you in person, we are interested!  Just call or reply to this email... or I will hunt you down!    --Debbie
Agnus Day                                 used by permission  --   agnusday [dot] org