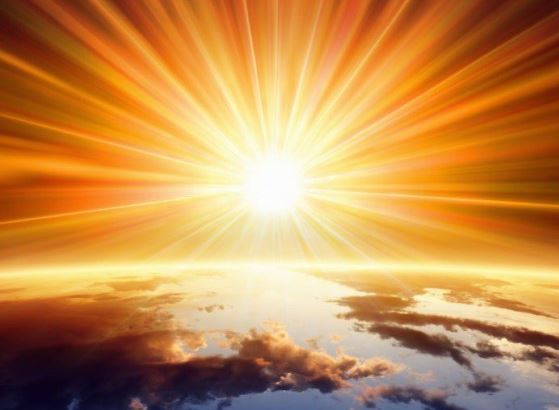 And he said to them,

"Truly, I say to you, there are some standing here who will not taste death

until they see the kingdom of God after it has come with power."

This statement of Jesus has created a lot of problems for his followers down through the years.  At first hearing, a sinner like you or me tends to think in terms of power from a human viewpoint -- when people, institutions, nations, and the whole globe will bend the knee in submission to a clearly all-powerful returning Jesus.  So fallen man thinks scripture has misled here, because everyone who heard this statement died over 2000 years ago, and Jesus has still not returned in power as we understand power.  We need to rethink the notions of power and the kingdom of God.

This statement occurs smack dab in the middle between Jesus' first passion prediction and the transfiguration.  In the passion prediction,  Jesus predicts his own horrible betrayal and crucifixion to come.  This prediction is sharply denied and rebuked by Peter, who earns a counter-rebuke from Jesus, "Get behind me, Satan." Jesus then calls the crowds to an odd way of following, "Take up your cross and follow me."  The kingdom of God is clearly about some other kind of power.  To lose one's life for Jesus' sake is to gain one's life.  The people had to have been very confused.

Jesus then makes the "Truly statement," and we have remained in confusion since.  When does this kingdom of God come with power?  Several possibilities come to mind.  The crucifixion -- when graves are opened, people leave the tombs, and the Temple curtain is torn top-to-bottom.  The resurrection -- when Jesus is raised from the dead and interacts with his followers in amazing ways.  Pentecost -- when the power of the Holy Spirit is unleashed and the word is spread into the whole world, creating believers where and when He chooses. The Parousia (second coming) -- when Jesus returns and every knee will bend and tongue confess Jesus is Lord to the glory of the Father.  Or perhaps the Transfiguration -- when Jesus is transfigured before Peter, James, and John on the mountaintop, a voice from the cloud thunders, "This is my beloved Son, listen to him," and Peter, James, and John pass out cold from the power of it all.

The kingdom of God has already arrived, we are already claimed by Him, His power has been demonstrated in you already.  There is really only one set of question left to ponder -- When did that overriding reality become clear to you?  When did His kingdom become yours?  When did you become His?

Remember Whose you are!