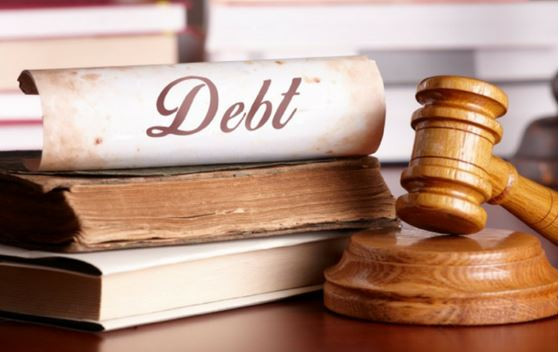 Truly, I say to you, you will never get out until you have paid the last penny.


Back in the dark ages when I was a child, there was a man in our congregation named Vic who had originally come to our town with a unique job.  He was a soft-spoken kind man who had a job I would never want.  His job was to go around and attempt to collect some portion of the bad debts that farmers had incurred during the depression, debts the government had decided not to collect during the depression but now, after World War II, perhaps people could make good on.  Vic's job was to negotiate with the delinquent borrowers to determine how much they were able to pay, and to work out some sort of payment schedule so the government could regain some of what they owed without destroying the livelihoods of the people who owed the money.
Vic reported that of all the people he interacted with in this job, there were only  two men who repaid their entire loan balance.  One man repaid the entire amount beyond what Vic would have demanded, simply because he owed it.  Vic always admired that man.  The other man paid the entire amount because when Vic showed up to begin the negotiation about payments, the man cursed Vic and swore "You will never get a damn penny out of me."  Vic ensured through the court system that that man paid every penny.
Our "Truly" statement from Jesus in this text is a clear statement that one is invariably better off to "nip things in the bud,"  don't carry old hurts, take responsibility promptly, get it over with, take your medicine now, or whatever other cliche we might endorse, rather than to let differences grow, build, and fester to the point only a court of law can settle a dispute.  This principle becomes even clearer in Jesus' teaching in Matthew 18 on settling disputes between neighbors.  Things are best settled immediately, quietly, with as little public embarrassment and censure as possible.  The practice of humility, putting oneself in the shoes of the other (empathy) with repentance and forgiveness, can settle more incidents than we can imagine.
In this chapter 5 of Matthew, Jesus pronounces the Beatitudes and makes it clear we are to be salt and light in the world.  The law is not to go away.  In fact, Jesus ramps up the burden of the law while at the same time beginning to point to the better kind of righteousness that he is bringing into the world -- the new covenant, where the promise is to forgive iniquity and remember sins no more.   Here in this "Truly" promise, Jesus highlights the superior nature of the new covenant.  Where forgiveness and remembering no more can settle accounts, it is far better than making a federal law court case out of everything.  This is who we are to strive to be, all the while remembering we too need the same.
Forgive us our trespasses as we forgive those who trespass against us.

Remember Whose you are,
Pastor Lou