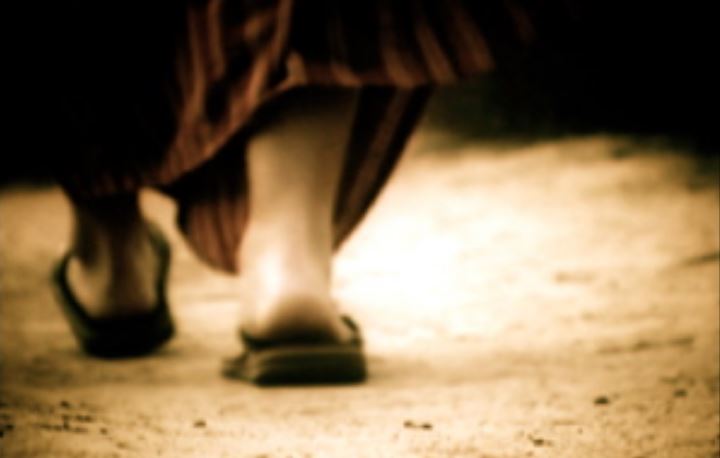 Truly, I say to you, it will be more bearable on the day of judgment for the land of
Sodom and Gomorrah than for that town.

In the midst of his ministry among the people and teaching his disciples, Jesus sends the twelve for the first time out among the towns of Judea to proclaim "the kingdom of heaven is at hand" and "heal the sick, raise the dead, cleanse lepers, cast out demons."  This ministry is often seen as a type of practice run for later, when Jesus sends the disciples into all the world.  The disciples are admonished to take no money, or much of anything -- they are to rely on the hospitality of the homes and towns they travel to as they go.  Right there is the crux of the matter -- the hospitality and peace of those who the disciples interact with.  If they (the disciples) are not received well and listened to, Jesus does not tell them to curse the town, call down fire and brimstone or any such thing;  he simply commands the disciples to "shake off the dust from [their] feet" and go on to the next town.  God will deal with the inhospitable home or village in His way.  The disciples are not to do so.  This is a clear example that revenge, retribution, payback, or simply vengeance belong to the Lord, not to anyone else.

Jesus also makes clear that retribution delayed is not retribution canceled.  The unrepentant home or village will suffer more than Sodom and Gomorrah did.  Here he is citing the case of the two wealthy salt-trading towns near the Dead Sea which were annihilated by God during the time of Abraham.  The story is told in Genesis, chapters 18 and 19.  Abraham is camped near Mamre when three men approach.  Abraham recognizes them as special.  He prepares a feast with a fatted calf and Sarah makes cakes.  His hospitality is on display.  He treats his guests very well.  While discussing the matter, two of his guests depart to investigate the goings on in Sodom and Gomorrah.  When these two arrive, the people of the town attempt to force the two visitors to engage in sexual relations.  Abraham's nephew Lot attempts to dissuade the citizens, spiriting the two guests into his home and even offering his two daughters for the crowds to entertain themselves with.  Such a contrast with Abraham's hospitality.  Abraham cares for and feeds his guests royally;  Sodom and Gomorrah wish to rape their guests.  The two divine messengers tell Lot and his family to run away and not look back.  The two cities are annihilated with fiery hail and brimstone.

Hospitality toward strangers is a hallmark of the peoples of "the Book" -- peoples who recognize the Old Testament as the Word of God.  Jews, Christians, and Islamic folk all hold to the importance of hospitality, because we never really know when there may be divine implications of a lack of hospitality.

With this promise/curse, Jesus makes clear the hospitality rules still apply.  They particularly apply to the people who carry the Good News.  That means you and me.  But God is the one who will repay the unrepentant in His time and in His way.  Leave vengeance to Him.  Later on in Jesus' ministry,  a Samaritan town will reject Jesus and the disciples' entrance into that town, and James and John will ask the Lord if they should call fire down on that town, (Luke 9: 51-56).  Jesus rebukes James and John, and they go on to the next town.

Final judgment is solely in the hands of the Final Judge, not us.  And that is a good thing.  Leave that judgment and anger to him.  Shake the dust from your feet, move on to the next town, and don't look back.