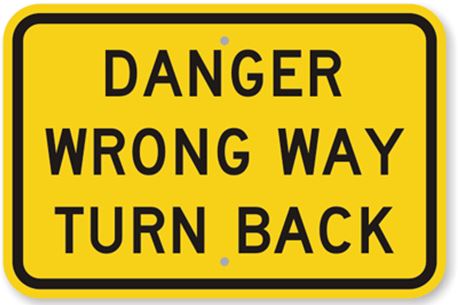 Truly, I say to you, the tax collectors and the prostitutes

go into the kingdom of God before you.

Hearing this declaration from Jesus, the first question which should come to mind is "Who is Jesus talking to here?"  The previous context answers this question and leads all of us to wonder as the disciples will eventually wonder, "Is it I, Lord?"

This chapter of Matthew begins with Jesus entering Jerusalem on what we know as Palm Sunday.  The people are enthusiastic and cheering at his arrival.  They believe the Messiah has arrived, the rule of the Romans is about over;  there is a new sheriff in town.  But the first thing Jesus does is cleanse the Temple.  Shouldn't he really be trying to run the Romans out, rather than tweaking Jewish leadership?  Jesus is evidently not the Messiah of earthly power the people had their hearts set on.  The next day the Jewish authorities show up (the priests and elders of the people) and challenge Jesus to state by what authority he teaches the way he does.  He answers with a question that puts those "authorities" on the spot, "The baptism of John, from where did it come?  From heaven or from men?" The authorities refuse to answer because they did not believe John but they knew the people did, and they did not want a riot. Because they didn't answer, Jesus tells a parable.

The parable is about two disobedient sons.  A father asks the boys to go work in the vineyard.  The one said "I will not" but later changed his mind and went.  The other said "I go, sir" but did not go.  Jesus concluded this parable with a question -- "Which of the two did the will of the Father?" The Jewish authorities correctly answered "the first."

This is when Jesus states his Truly declaration, "tax collectors and prostitutes go into the kingdom of heaven before you." Jesus is not at all saying that tax collectors (notorious thieves of their time) or prostitutes are a superior way of life.  But he is saying that the pious who take so much pride in their godliness, to the point they cannot hear the Word and repent, recognizing their own shortcomings, are much like the son who promised to go into the vineyard but did not.  Tax collectors and prostitutes who are living in defiance of God's word like the first son, but then turn (repent) and do the father's will, are recognized as "more godly."  He is making it clear God's Son is available to all.

Jesus lives this paradigm in his immediate circle.  The disciple Levi, a one-time tax collector, is turned and becomes the apostle Matthew, the author of this gospel reading.  Some believe that Mary of Magdala was a prostitute and that Jesus cast demons out from her.  She became known to the world as Mary Magdelene, the first person Jesus encountered after his resurrection.

The door to Jesus is always open.  He wants nothing more than to be known as a forgiving savior by all peoples -- even tax collectors and prostitutes, or sinners like you and me.